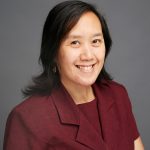 Caroline Ceniza-Levine is a career and business expert, writer, speaker and co-founder of SixFigureStart®. Prior to launching SixFigureStart® in 2008, Ceniza-Levine spent 15 years in strategy consulting, executive search and HR. She has been a repeat guest on CBS, CNN, CNBC and Fox Business and has been quoted in BusinessWeek, Entrepreneur, Fast Company, Fortune, Inc, MORE, Newsweek, NPR, Real Simple, and Success Magazine. Ceniza-Levine is a career columnist for Forbes.com, Money.com and Time.com and formerly wrote for CNBC, and Portfolio. She is the author of 3 books: “Jump Ship: 10 Steps To Starting A New Career” (2015, Forbes); “Six Steps To Job Search Success” (2011, Flat World Knowledge); and “How the Fierce Handle Fear: Secrets to Succeeding in Challenging Times” (2010, Two Harbors Press). 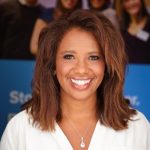 Caridad Hernández is the Assistant News Director for the CBS affiliate WUSA9- TEGNA station in Washington, DC. She is a seven-time Emmy award-winning Executive Producer and in January 2019 she and her team at CBS4 Miami were awarded the Alfred I. duPont award for their documentary: The Everglades: Where Politics, Money and Race Collide.  Her experience as an executive producer is attributed to her time at various television stations in Miami, Atlanta and Philadelphia. She currently serves on the board of Urgent Inc. in Miami. 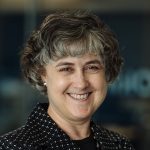 Carolyn Gaskins is a Learning & Talent Development specialist and Executive Coach with over 20 years of training, management and consulting experience. Carolyn joined Bloomberg LP in Tokyo in 2011, and is a key member of the global Talent Development team, partnering with Bloomberg’s leaders and their teams on learning and development, talent management and succession. Carolyn’s key areas of expertise are leadership development for emerging and local talent, succession planning, and coaching, all with a cross-cultural and inclusion focus. 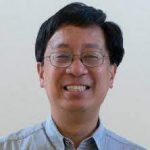 Dickson Louie is currently principal of Louie & Associates, a boutique San Francisco Bay Area-consultancy that provides strategic planning, competitive analysis, and executive development services to start-ups, nonprofits and Fortune 500 companies. Louie has over 25 years of professional management experience within the news media industry, having worked as a planning and business development executive at the Los Angeles Times, the San Jose Mercury News and the San Francisco Chronicle. As a research associate at the Harvard Business School, he wrote 20 case studies, including those on Amazon.com, The New York Times on the Web and CBS Marketwatch. Louie, a certified public accountant, is a graduate of California State University, East Bay, where he received his bachelors, magna cum laude, in business administration, with a minor in journalism. He is on the faculty of the Graduate School of Management at the University of California, Davis, where he teaches the popular MBA elective course, “The Business of the Media.” 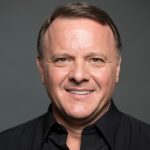 Glenn van Zutphen is an international journalist and the Founder of VanMedia Group Pte Ltd, a global media consultancy. He is passionate about coaching journalists, high-performing business leaders and the next generation of diverse executives. Glenn also hosts the Weekend Mornings radio show on Singapore’s MoneyFM 89.3 every Saturday and Sunday; he interviews local and international newsmakers. In over 25 years as a professional journalist, Glenn has worked in TV, print, radio, and online news for CNBC Asia, CNN International, USAToday, NHK (Japan Broadcasting Corp.), and others. Glenn is a board member of The East-West Center and the Asian American Journalist Association.  He is a Past-President of the American Association of Singapore, Singapore’s Foreign Correspondents Association, and The Atlanta Press Club. He co-authored the marketing book “Happy Customers Everywhere” and “The American Journey in Singapore”. 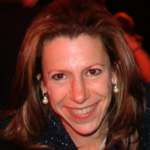 Karen Gordon is the founder of Strategic Horizons, Inc., a boutique management consulting firm established in 1991, providing strategic, organizational, and communication guidance, as well as executive coaching, to a wide range of companies. Her three decades of consulting experience includes six years at McKinsey & Company, where she led teams in strategic planning and organizational development. Karen has designed and delivered numerous leadership development workshops, addressing topics such as structured strategic thinking, effective communications, presentation skills, and personality profiles. Karen is an expert in delivering the Myers-Briggs Type Indicator, which she masterfully uses in conjunction with personality Temperament Patterns.  She is an expert in linking personal leadership to performance outcomes critical to the success of the MTC program.  Karen holds a B.A. from Harvard University and an M.B.A. from Columbia University. 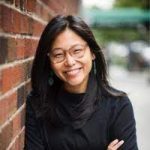 Katie Nelson  is a journalist and editor, who currently works for Apple. Previously, she was executive producer of ABC News digital, leading editorial coverage for distribution across ABC’s websites, apps, social media, streaming services and emerging platforms. Katie is an AAJA and ONA member, was a 2016 Punch Sulzberger Executive Leadership Program fellow at Columbia University, and a 2001 Chips Quinn Scholar. Previously, she worked for HuffPost, the New York Daily News, The Associated Press, The Cambodia Daily and The Arizona Republic, among others. She lives in Brooklyn. 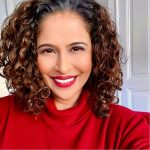 A lawyer by training and a branding expert by profession, Lavinia Thanapathy  is the co-editor and co-author of the bestseller “Unleash Your Voice: Powerful Public Speaking for Every Woman.” Her “Unleash” Keynote helps to unlock the internal barriers that prevent people from achieving their full potential in public speaking. Lavinia is a LinkedIn 2020 Top Voice and a sought-after speaker & trainer on navigating change, personal branding and gender equity. Lavinia has served with distinction on several non-profit Boards. She was a three-term President at PrimeTime Business & Professional Women’s Association and has served as Honorary Secretary at HCA Hospice Care. She is the founding chair for Inspiring Girls in Singapore and regularly also speaks on topics around raising girls. She most recently stepped down as Vice President at the Singapore Council of Women’s Organisations (SCWO) where she represented Singapore on the world stage at ASEAN and APEC meetings. She has received numerous awards for her work on creating an equal future. 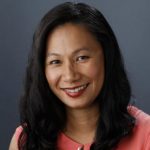 K. Oanh Ha oversees Asia coverage of consumer and healthcare news for Bloomberg. She joined the news organization in 2010 as Vietnam bureau chief. Before joining Bloomberg, she worked as a host and reporter for KQED Public Radio in San Francisco on its nationally-syndicated program, Pacific Time, examining the connections between Asia, the U.S. and Asian American issues. She’s also reported for the San Jose Mercury News, covering Asia Pacific affairs, technology and small businesses. Oanh is the current president of AAJA’s Asia Chapter. She was born in Vietnam and grew up in California. 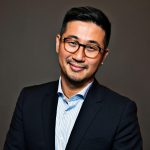 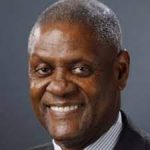 Virgil Smith earned his Bachelor of Science and Master’s degree from the University of San Francisco and has a long career as a media executive. He has spent 20 years with McClatchy Newspapers and the last 24 years with Gannett, where he served numerous roles, including president and publisher and corporate HR executive. Smith has recruited, mentored and coached hundreds of professionals from entry-level to senior executive roles in broadcast, publishing and other professions. He can be reached at virgil@smithedwardsgroup.com and you can find more information about his firm at www.smithedwardsgroup.com. 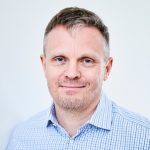 Paul Raben-Christensen is Bloomberg LP’s APAC Head of Leadership and Talent. With a wealth of leadership development and talent management experience gained from all over the world, he has a passion for supporting individuals and organisations in creating sustainable behavioural change. From 2015 to 2018 Paul was Leadership and Talent Manager with British Airways, part of the International Airlines Group, the UK’s largest international airline and a world-leading premium carrier. Prior to working at British Airways, Paul was a leadership development and employee engagement consultant, designing leadership development solutions for clients including Shell, BP, and Intercontinental Hotel Group.