The Asian American Journalists Association’s Asia Chapter (AAJA-Asia) and Bloomberg invite you to attend an in-person panel discussion on Climate Change Reporting on Saturday 4 February 2023, from 9:30 to 11:30 am HKT.

Lately, it seems all anyone can talk about is the growing influx of extreme weather. All the while, wondering what steps the global community can take to mitigate risks.

This panel will unpack various angles of climate change reporting from green financing to the politics behind the policies. 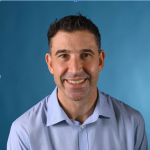 Karl is a journalist and filmmaker who has been based in Asia for two decades. He is AFP’s Asia-Pacific Deputy-Editor-In-Chief based in Hong Kong and prior to that spent eight years as the agency’s Manila bureau chief. He has reported extensively on climate change and the environment, and drew on his experiences, contacts and knowledge of the Philippines to make the award-winning documentary DELIKADO, about land defenders risking their lives to save the forests and mountains on the island paradise of Palawan. 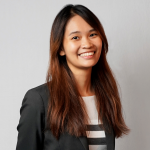 Sheryl is Bloomberg’s ESG reporter covering Asia. Based in Singapore, she previously reported for the Associated Press, The Straits Times and environmental news non-profit Mongabay. Sheryl is a graduate of Nanyang Technological University, with degrees in Accountancy and Business Analytics. 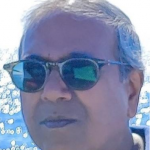 South Asia Director of The Third Pole and India Coordinator of the Earth Journalism Network,
Joydeep Gupta writes, commissions and edits articles on climate change, water, biodiversity,
pollution and sustainable development. He also trains environmental journalists. He has a Master’s degree in Environmental Economics and Environmental Management from the University of York (UK).

Nithin Coca is a Asia-focused freelance journalist who covers climate, environment, and supply chains across the region. He has been awarded fellowships from The Pulitzer Center, the International Center for Journalists, the Solutions Journalism Network, and the Earth Journalism Network, and his reporting has appeared in outlets in North America, Asia, and Europe, including Financial Times, BBC Future, Mongabay, Nikkei Asia, Yale E360, China Dialogue, The Nation and Engadget.

AAJA believes that our events should be open to all members and AAJA guests. We’re committed to providing a friendly, safe and welcoming environment for all, regardless of race, national origin, gender, gender identity, sexual orientation, disability, ethnicity or religion, as outlined in AAJA’s code of conduct.