The Asian American Journalists Association’s Asia Chapter (AAJA-Asia) is proud to announce our first joint US-Asia cohort participating in the 25th Executive Leadership Program. This year’s ELP is a virtual program spreading over 4 months, from May 24 to August 14.

This leadership program brings together 37 mid- to senior-level journalists across the U.S and Asia (meet the whole cohort here) to engage in targeted professional development, cross-cultural peer learning and mentorship from top executives in media. Thanks to a Diversity, Equity and Inclusion (DEI) fellowship supported by the Google News Initiative (GNI), 10 participants from Asia have received a full tuition grant to attend the training.

Please join us in welcoming our 25th ELP Class and meet our Asia fellows below! 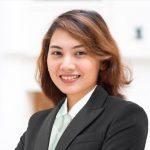 Bernice Marie Sibucao manages the Digital Video Section for GMA News and Public Affairs, a team that serves as a laboratory for the country’s top news organization. She is at the center of production and storytelling innovation for our company, a role in which she has thrived both as a journalist and as a media manager. 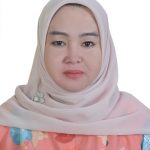 Betty Herlina is a freelance journalist who is currently learning to build a non-profit media with the main issue of women. Previously, Herlina worked in local media, in her hometown, Bengkulu, Sumatra, Indonesia. 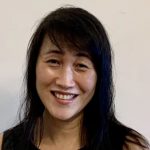 Caitlin Liu is the managing editor of Forkast.News, a multimedia news platform on emerging technologies. Previously, she was a contributing writer for Conde Nast and a staff writer for Los Angeles Times. Caitlin has a BA from Stanford University and a JD/MPP from U.C. Berkeley School of Law and Harvard Kennedy School. 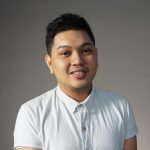 Don Kevin Hapal is Rappler’s Head of Data and Innovation. He started at Rappler as a digital communications specialist, then went on to lead Rappler’s Balikbayan section for overseas Filipinos. He was introduced to data journalism while writing and researching about social media, disinformation, and propaganda. One of his investigative pieces led to one of the biggest network takedowns by Facebook, covering 220 pages, 73 accounts, and 29 instagram accounts, with a combined following of 43 million users. Kevin now leads a team of data analysts for Rappler, helping the organization and its partners craft data-driven brand and content strategies, marketing campaigns, as well as audience development playbooks. 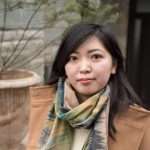 Eimi Yamamitsu is a Tokyo-based journalist at Reuters. She has reported in English and Japanese on topics varying from Japan’s autos to online culture. Previously, she worked at the New York Times and was one of the launching members of BuzzFeed Japan. 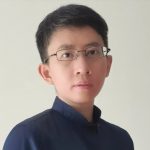 Hui Yee Tan is the Indochina Bureau Chief of The Straits Times, covering half of Southeast Asia. She sees herself more as an explorer and innovator who specializes in explanatory reporting and sees the good it brings to communities. 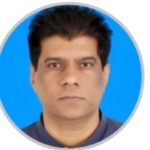 Jan Muhammad has been working at Pakistan Television Network over the past 16 years, pursuing Ph.D. in Media Management from Malaysia, and a long course in European Studies and IR from Metropolitan University Prague, Czechia. Earlier, passed MA in Media Productions TV & Film from the UK, and another MA in Mass Communications from Pakistan. He has been awarded various fellowships in the field of media 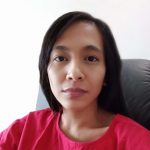 Lady Ann Salem finished Broadcast Communication at the University of the Philippines. She was a fellow at the 15th Lopez Jaena Community Journalism Fellowship and winner at Netsquared.org and Techsoup Global for Citizen Patrol project idea. She served as executive director of Tudla Productions, producing social documentaries from 2008 to 2014. She is one of the founders of online publication Manila Today and served as its editor since 2014. She is currently one of 15 National Directors of National Union of Journalists of the Philippines. 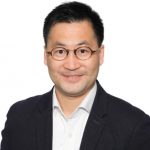 Jasper Ching is a chief-of-staff who assists Management to formulate and implement various strategic & operation projects, communicate and coordinate across business units and newsroom. A professional management accountant who drives business and financial planning, Chung applies analysis skills and insights to assist decision-making. 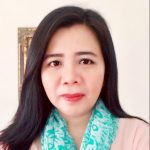 Cecilia Yap is Bloomberg News’ bureau chief in the Philippines, a post she has held since early 2019. She graduated with a Bachelor of Arts in Mass Communication at the University of the Philippines. This proud mother of three has covered various beats ranging from the economy to companies, politics, energy, banking and the stock market 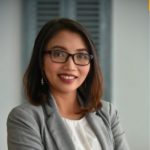 Nana Riskhi is a journalist based in Jakarta, Indonesia. She has 10 years experience in broadcasting television and currently work with Tempo Media Group’s multimedia team. As Head of Multimedia, Riskhi produces multi platform-based video, podcast, and photo. Her work includes both managerial and technical, from research, pre-production to post-production. Riskhi also produces a documentary with various topics such as politics, environment, gender equality, and more. She believe the art of storytelling as something important for the products we create, whatever promotion medium a product uses, may that be photography, video, or podcast, everything begins from how you tell the story. Her mission is to create work that grabs the attention of the audience, and is capable of driving people to act. 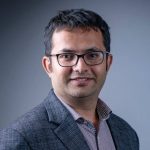 Rajneesh Bhandari founded Nepal Investigative Multimedia Journalism Network in April 2020 amidst the corona pandemic to support Nepali journalists. I led the NIMJN to support more than 100 journalists and frontline workers with safety gear because journalists lacked PPE. Twenty three ournalists were given collaborative reporting grants on COVID-19. I mentored and edited their work. Currently, stories are being published in major news outlets. We also trained 49 journalists on fact-checking and safety while reporting COVID-19. Also founded Innovation Lab at NIMJN that organized Journathon with Brown University’s Center For Human Rights And Humanitarian Studies. More: http://nimjn.org/ 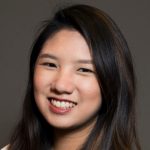 Rebecca Isjwara (@beckyisj) is a reporter with S&P Global Market Intelligence, covering banking and financial services in APAC. She currently serves as the secretary of AAJA–Asia, where she champions journalism through workshops, events, and annual conferences. 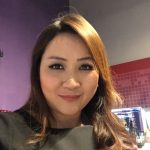 Regina Hing is currently Head of Business News at Cignal, overseeing coverage of markets and the economy for the local cable channel. She is also one of only 2 accredited Google News Initiative trainers in the Philippines, as well as an at-large board member of the Asian American Journalists Association. Prior to that, Regina served as Head of News for and an anchor at Bloomberg TV Philippines, running a team of more than 2 dozen and overseeing the daily editorial agenda for the network. Before moving back to Manila to help set up Bloomberg, Regina spent ten years in Singapore, her last stint being a Senior Producer on the Business Desk at Channel NewsAsia. She holds a Masters in Business and Economic Reporting from New York University. 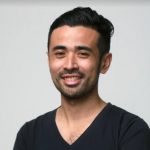 Ryan Macasero is a 32-year-old Filipino American and currently heads Rappler’s Visayas bureau in Cebu City. He graduated from California State University, East Bay, in 2012 and moved to the Philippines in 2013. 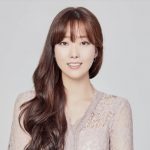 Sohee Kim is tech reporter at Bloomberg. Since she joined Bloomberg in 2016, she’s been covering South Korea’s biggest companies, K-pop and startups. Before that she worked at Reuters, Korea JoongAng daily in Seoul and interned at Council on Foreign Relations, Voice America in D.C.”